The winning and logo for Russia's new national payment system.

The brand name, which in Russian means both "the world" and "peace," was selected through a nationwide online vote on design entries submitted by companies and individuals across Russia.

The winning brand name and logo were created by a designer from the republic of Udmurtia, about 1,000 kilometers east of Moscow, who entered the contest under the name "lentachka!" The logo — which includes cartoon-like wings and an image of the Earth — will adorn crimson bank cards serviced by the national payment card system and set for release later this year.

Russian voters were clearly keen for wings: The runner-up in the competition was an entry from a user named Tatyana in the Samara region that depicted a stylized bird of prey sitting on the word "Sokol," which is Russian for hawk. 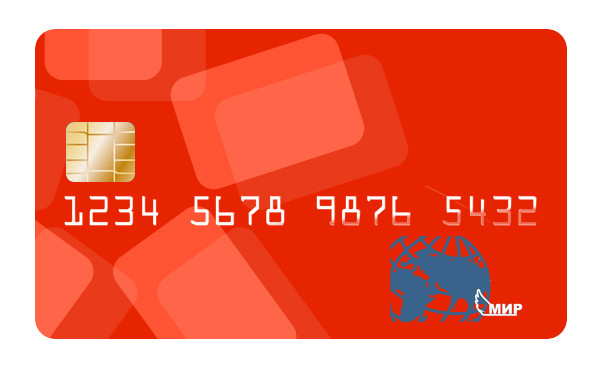 The creation of a domestic payment card system leapt to the top of the national agenda last year when, shortly after Russia annexed Crimea from Ukraine, U.S. sanctions forced Visa and MasterCard to stop servicing two Russian banks.

Officials saw the cutoffs as a national security risk; Visa and MasterCard at that time processed about 90 percent of all payments in Russia. President Vladimir Putin promptly called for the creation of a national payment card system that would free Russia from the risk of service denials in the future.

Legislation to that effect was passed, and the new system came online earlier this year. Visa and MasterCard are now legally required to process Russian payments through the new system.